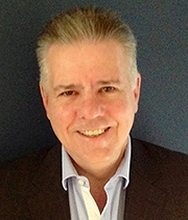 Chief of Staff
Office of the Leader of the Opposition (South Australia) The Hon Rob Kerin, MLA